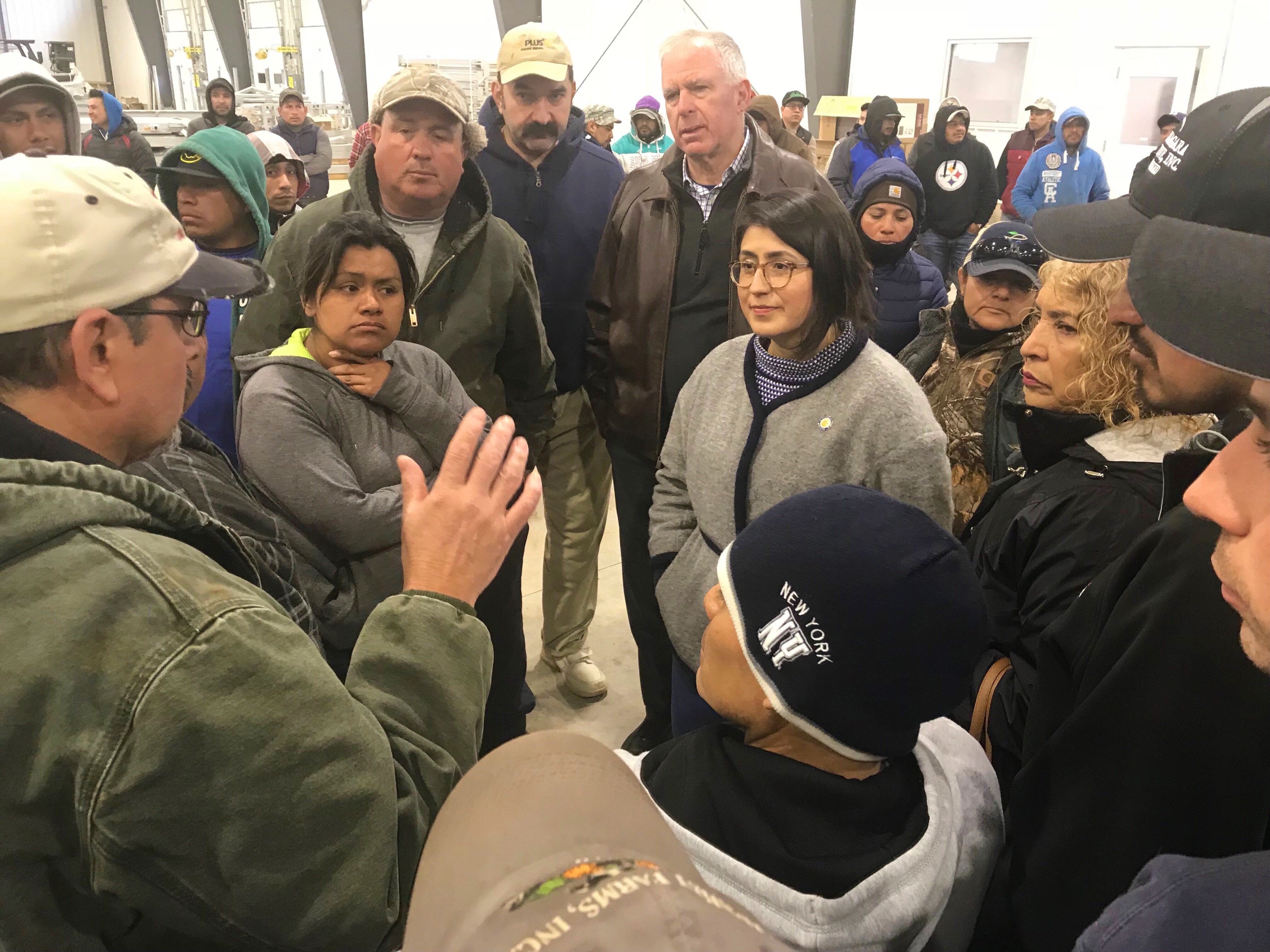 Dairy Day Serves as a Catalyst for Continued Discussion

With only a few days remaining in the state legislative session in Albany, the state’s farmers and farm workers are seeking to find common ground with members of the Senate and Assembly that will result in the continued improvement of working conditions on more 30,000 farms across New York State. They are seeking a path forward to stabilize the economic volatility facing growers and dairy farmers stemming from vulnerabilities and challenges brought on by a disruptive weather patterns, national and international market competition, escalating operational costs and modest margins.

While celebrating Dairy Month at the Capitol on June 5th – an annual event during which agricultural products are showcased and enjoyed – many maintained an intense focus on a measure (S.2837/A.2750) that as currently written would require overtime pay for employees working more than eight hours per day and 40 hours per week.

For several months the agriculture community has hosted educational visits to farms across the state, and engaged in dialogue with law makers.  It is unclear whether several elements of the proposal may be adjusted to eliminate unintended consequences and damage to one of New York’s most significant economic sectors.

The farm community has been combating the wettest spring in recent history. As a result, seasonal planting has been delayed and daily work disrupted; while weekly schedules remain unpredictable. The risks and impact of these and similar events have been shared at hearings and round-tables both inside the Capitol and across the state.

“I believe there is a path forward that serves New York’s farmers and its valued workforce. Despite the challenge, the will exists to ensure agriculture continues to thrive; and worker protections are standardized,” said Brian Reeves, of the New York State Vegetable Growers Association, and operator of Reeves Farms, a fifth generation family-farm located in the Village of Baldwinsville (Onondaga County).

Reeves and his counterparts from Long Island, the Hudson Valley and Upstate communities have been participating in a series of public hearings and other educational sessions with legislative sponsors, committee chairs and rank and file members to share first-hand the details of the actions and environments that result in long-term relationships with seasonal and year-round workers.

If enacted into law in its current form, farms would:

“We believe it’s essential that legislators receive a clear picture of how this legislation may adversely impact workers, farmers, consumers, and livestock,” said David Fisher, President of New York Farm Bureau, who also co-owns Mapleview Dairy, a 2,000 head dairy, with members of his family in Madrid (St. Lawrence County). “We are facing some of the toughest planting conditions we’ve seen in years, brought on by seasonal weather challenges. And while I believe the legislation is well-intentioned – there will be significant consequences that will adversely impact the very people many are seeking to support.  And, drive many in New York’s community of growers and dairy producers into further debt, placing the future of their farms in greater peril and potentially compromising the animals that rely on round-the-clock care.”

Today’s labor market is very competitive, and it is not unusual for New York’s farmers to provide their employees with optional days of rest, sick and holiday pay, and other significant benefits as part of worker compensation packages. However, in the absence of sufficient hours, retaining workers will be a challenge.

“Our growing season is short – and during our time here we want to work.  We earn an entire year’s wages to support our families back home,” said Alfredo Mejia, who for the past 22 years has worked at My-T-Acres farm located in Batavia (Genesee County). “If we get less hours, we will move to another state to work or get a second job.”