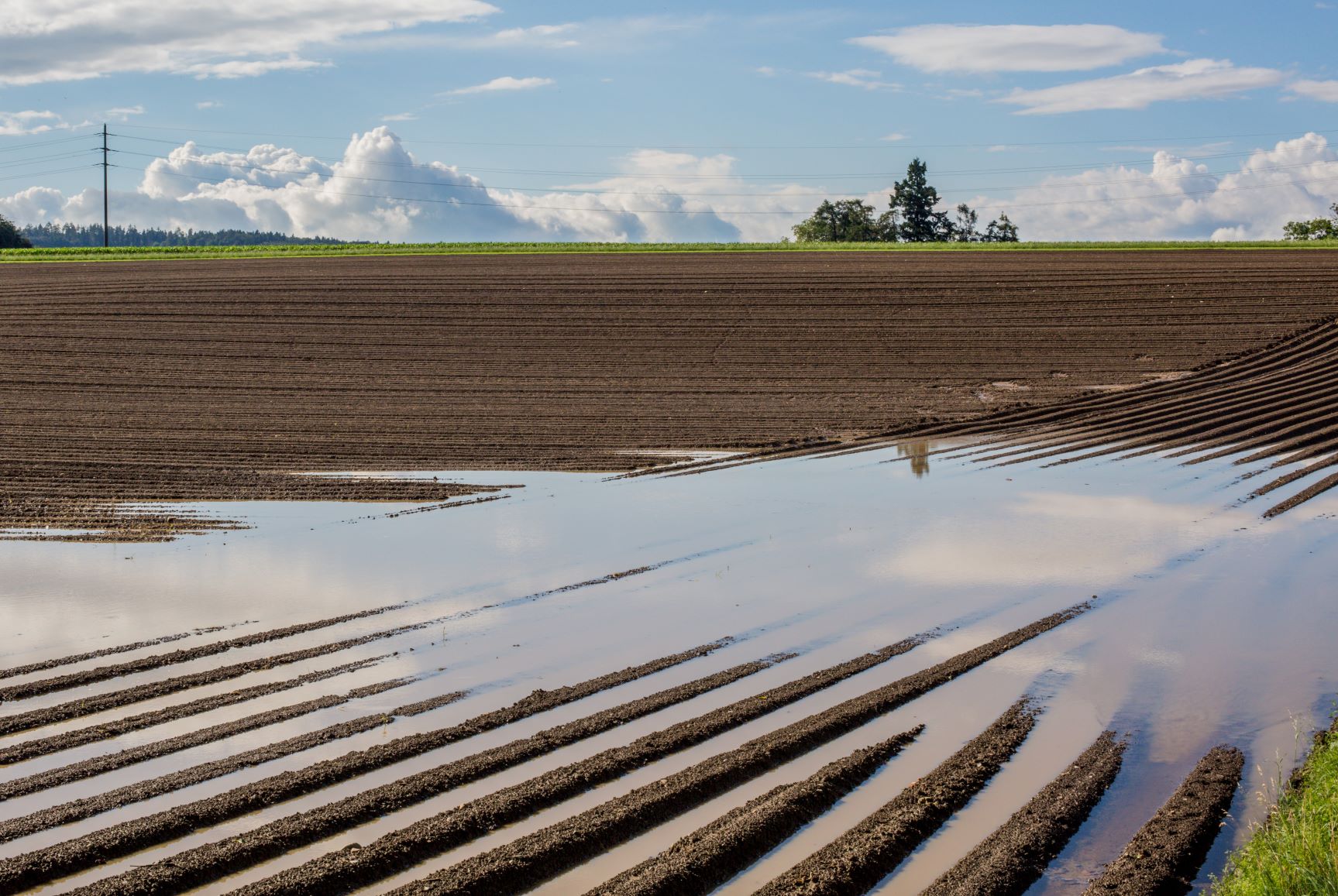 New York Correspondent Paul Post wrote an article recently on one of the many challenges faced by the farming industry in the Empire State – weather.  The article below is available on the Lancaster Farming website, here.

The National Weather Service in Albany recorded measurable precipitation 12 of the first 14 days in May, coming on the heels of 4.32 inches of rain in April, which was 1.15 inches above normal.

“I saw on Facebook where one guy said he was thinking about buying rice seed instead of corn seed,” Gabriel said. “Farmers really are frustrated because they haven’t been able to do much at all. Spring planting is way behind. They’ll have to do twice the work in half the time, which is almost impossible because they don’t have time anyway.”

“It is getting worrisome,” he said. “Normally we would start planting grass seeds the last week of April and corn seeds the first week of May. We’re hopefully going to plant 1,000 acres of corn. Right now we have 70.”

“I’m 44 years old,” Peck said. “Even as a child I don’t remember it this bad. I remember wet springs, but the first two weeks of May we usually get a lot of corn in. This year’s we’ve gotten almost none.”

In an ideal world, all corn gets planted from May 1 to June 10, Peck said.

“In the middle of that we have to harvest our first hay crop,” he said. “But it’s hard to harvest the hay and plant corn all at the same time because of manpower and tractor numbers. I’m sure we’ll have some 15-hour days. We’ll harvest hay during the day and then my day group will go home and I’ll plant corn till I fall asleep on the tractor.”

Peck’s brother, Bill, is a partner in the operation.

“We can only control the things we can control and weather isn’t one of them,” he said. “When the sun comes out you’d better be ready because there’s going to be long, hard days.”

As if planting and grass cutting isn’t enough, this is also a critical time of year for managing Welcome Stock’s three million gallons of liquid manure, which involves spreading (5,000 gallons per acre) and tilling it into the ground before corn planting.

“That’s our least expensive fertilizer and it has to get out so we can store in that pond during the summer,” Neil Peck said. “We took 2 million gallons out when we got a little break during that one week around April 20. Since then we’ve just kept storing more manure.”

“People have been unable to work their fields, to prepare their fields to plant corn or do new seedings of hay,” he said. “It’s been very, very minimal. Fields are wet and muddy. Mixed stands of alfalfa and grass should be cut now, but that’s not going to happen. It’s going to make for a poor quality hay crop. This makes it more difficult for cows to produce good milk unless they get lots of grain, which is quite expensive. It’s not good.”

Typically, the first hay cutting gives the “biggest bang for your buck” because of its high nutrient concentration. But this year’s crop is looking quite poor, Neil Peck said.

“A lot of grass and alfalfa got killed over the winter because water from snow and rain pooled on frozen ground,” he said. “Then that froze like an ice rink, which kills the grass. If you look out at some of the hayfields it’s not solid green. There’s a lot of brown where there’s no plants growing. So we’re anticipating a lower yield. If you don’t have enough haylage you have to buy feed or sell off animals.”

“Milk prices are coming on a little bit better, people are a little bit more optimistic, but this is a challenge,” Neil Peck said. “A shorter growing season means less potential yield over all your property, which means less food for the cows all year long — less milk, less money.”

But Gabriel said time is still on farmers’ side if the weather suddenly warms up and fields begin to dry.

“We haven’t lost the battle because we still have the last two weeks of May,” he said. “If June is okay, they’ll still be alright. Corn is an amazing plant. It does well in different situations. But some farms might have to trade in long-season corn seed for short-season seed.”

The Capital Pressroom: “A Path Forward”